How Does Titanium and Titanium Alloy Rust?

You are here: Home / Blog / How Does Titanium and Titanium Alloy Rust?

As we all know, titanium materials can be used for a variety of applications, from orthopedic implants to cardiovascular devices. So the question is, do titanium and titanium alloys rust? Whether titanium rust depends on its corrosion resistance. Titanium and titanium alloys do not rust in the traditional sense of the term because they are not composed of iron, which is the element that typically rusts. However, titanium can corrode in certain environments, such as in the presence of chlorine environments. The corrosion resistance of titanium is better than that of stainless steel on most occasions, which is why many high-end watches have chosen titanium as a dial material in recent years. At room temperature, titanium can safely lie in a variety of strong acid and base solutions, even the fiercest acid – aqua regia can not do it. This property makes it widely used in seawater applications. Someone once did an experiment, put a titanium sheet in seawater and took it out five years later, except for the growth of a lot of shellfish and seabed plants, but no rust at all. 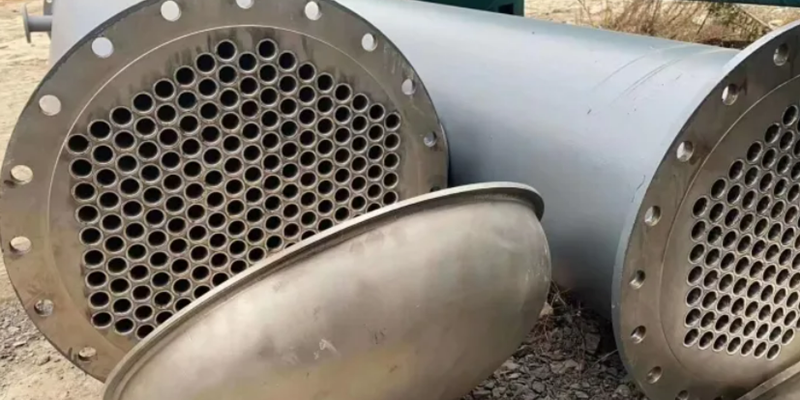 One of the main reasons titanium alloys are highly resistant to corrosion is the presence of continuous protective oxide films on the metal’s surface, which are essentially invisible, but they are chemically and physically resistant to most substances. They also have excellent repair properties, allowing the oxide layer to heal any damage on the surface. Even if the film is damaged for some reason, it can quickly and automatically recover. Therefore, titanium has excellent corrosion resistance in oxidizing and neutral media.

Titanium rusts in situations where it is exposed to a solution that contains a large amount of iron. However, this corrosion type does not affect most titanium alloys. On the other hand, it is a problem in some types of alloys. Besides, a small amount of water is needed to inhibit stress corrosion. The iron element in titanium may affect the corrosion resistance of some of its media. The reason for the increase of iron elements is often that the iron penetrates into the weld passage during welding. At this time, the corrosion has uneven properties. In addition, when the iron is used to support titanium equipment, it is almost inevitable that the presence of iron-contaminated areas on the iron-titanium contact surface will accelerate corrosion, especially in the presence of hydrogen. When the titanium oxide film on the contaminated surface is mechanically damaged, hydrogen penetrates into the metal. According to temperature, pressure and other conditions, hydrogen diffuses accordingly, which makes titanium produce different degrees of hydrogen embrittlement. Therefore, titanium should avoid surface iron contamination when used in medium temperature and pressure and hydrogen-containing systems.

Titanium alloys are susceptible to crevice corrosion and pitting, which are forms of localized corrosion that can occur in the presence of chlorine and other halogens, and in seawater. The most common titanium alloy Ti-6Al-4V is highly resistant to corrosion in most environments, but it can be affected by crevice corrosion and pitting in marine environments. Therefore, it’s important to understand the corrosion-forming mechanisms. Other common corrosive media include nitric acid, which can cause pyrophoric reactions, and sulfuric acid, which can lead to crevice corrosion. In addition, high-temperature solutions such as HCl can be attacked by TiO; Depending on the concentration and PH of the solution, titanium may suffer from general corrosion, crevice corrosion, and hydrogen embrittlement.

Crevice corrosion is the most common form of titanium corrosion. It can occur in tight areas or when the joint between the metal and the surrounding material is defective. This may be due to the adhering of process stream deposits or gaskets. Moreover, the surface oxide layer of titanium may be destroyed by coarse granules in seawater. Unlike other metals, titanium does not oxidize, meaning it can’t pass oxygen. The thickness of the oxide film increases with thermal oxidation and alloying. However, titanium can be attacked by other substances, such as HF, which can cause stress corrosion. To protect the metal, it’s usually placed in an atmosphere that contains oxygen. Some titanium alloys are heat treated to enhance the fracture toughness and strength of the material. During this process, the alloying elements are added to the titanium. These include nickel, molybdenum, and precious metals, which facilitate cathodic depolarization and increase the corrosion resistance of titanium.

Generally, titanium and titanium alloys are the metal of choice for a wide variety of applications. They are not easily rusty and highly resistant to corrosion. Still, they can be affected by certain forms of localized corrosion in certain environments, such as in the presence of chlorine or in marine environments.

Why Titanium Alloy Can Be Used for Chlorine Alkali Industry?