Why Titanium Alloy Can Be Used for Chlorine Alkali Industry?

You are here: Home / Blog / Why Titanium Alloy Can Be Used for Chlorine Alkali Industry?

Chlor-alkali industry is a chemical industry that produces chlorine gas and caustic soda by means of electrolytic salt aqueous solution. It has a history of more than 100 years and is also the earliest application of titanium in chemical industry. In chlor-alkali production, titanium equipment mainly includes metal anode electrolyzers, ion exchange membrane electrolyzers, tubular wet chlorine cooler, refined brine preheater, dechlorination towers, chlor-alkali cooling and washing tower, vacuum dechlorination pump and valve and other titanium equipment. It replaced graphite as the primary material in chlorine cooling scrubbers in the 1970s. Nowadays, titanium has been a widely used anti-corrosion material in the chlor-alkali industry, its superior corrosion resistance makes it ideal for making metal anodes and other processing equipment. Why? Why titanium is popular in this field? Let’s start with its character.

Titanium is often used in extremely corrosive environments, and this makes it better suited than other metals for such applications, especially when they develop a passive oxide film on the surface. This film is composed of crystalline materials, which have high integrity and adherence. When a titanium alloy is damaged, the passive film heals itself. In addition, anodising is an effective process to enhance the protective film on titanium. It exhibits excellent corrosion resistance in seawater and hydrocarbons. In addition, titanium exhibits a strong passivation tendency, which means that it can form a stable oxidizing film in air or aqueous solution. Hence, the use of titanium alloys for chlorination processes can greatly benefit the industry. Titanium alloys also have excellent ductility, formability, strength, and weldability. Titanium has lower thermal conductivity than carbon steel and copper, so its walls can be thinner. Titanium’s good corrosion resistance also means that the surface is not susceptible to scaling, reducing thermal resistance. Moreover, titanium alloy is capable of being used at temperatures up to 600°C for a long time. 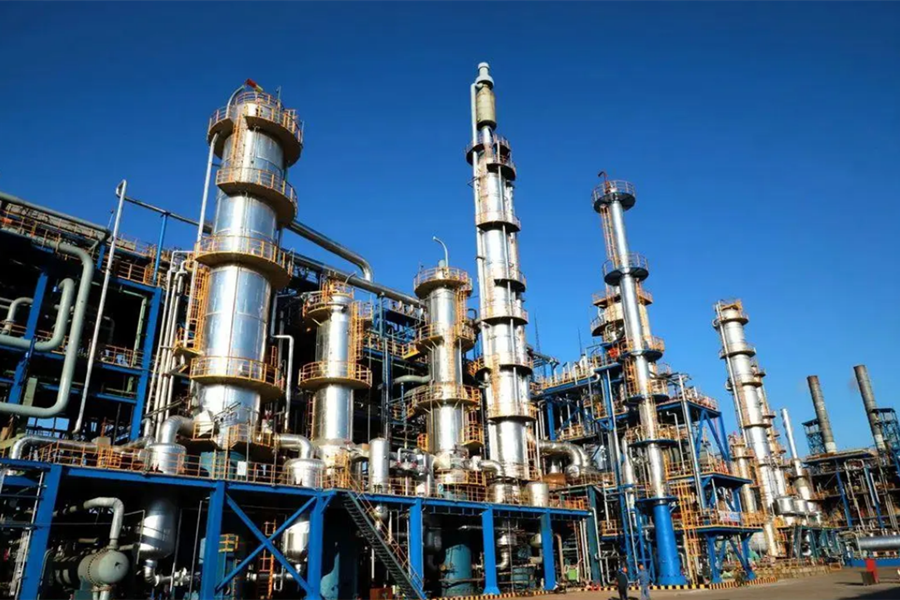 Write in the last
We can say that titanium alloy has been the most preferred metal in the chlor-alkali industry. There are also some problems: First of all, different grades of titanium alloy differ in corrosion resistance and machining performance, etc., engineers should be based on the actual conditions, part location and whether the need for machining, etc. Generally, titanium does not produce intergranular and stress corrosion, but it is prone to crevice corrosion, especially the crevice with a width of about 0.5 mm. For those parts which are prone to corrosion, titanium palladium alloy or palladium plating is the best choice.
Although titanium is a corrosion-resistant metal, it is not suitable for all chemical corrosive media. Even for the same medium, its corrosion resistance is also related to the medium concentration and temperature. Titanium cannot be used in dry chlorine gas, because even if the temperature in a dry chlorine gas environment is below zero, there will be a relatively violent chemical reaction, generating huge heat, which may cause a fire. In order to ensure that titanium has good stability in chlorine gas, the water content of chlorine gas can not exceed 0.5%.